Home > Inspiration > Fancy a nice glass of bubbly? Come to Langudoc, home to the first ever sparkling wine! 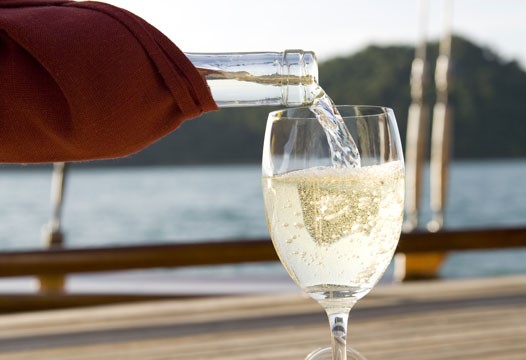 According to local legend, the mighty Dom Perignon was a bit of a fraud. Whilst many may think that the world's first sparkling wines were developped in the Champagne region much further North in France, its existence was first documented in Languedoc in the early 1500s - a discovery made by monks  at St Hilane Abbey. Dom Perignon is said to have visited the abbey and stolen their idea!

The original sparkling wine is still available in the region today and is known as Blanquette - it's delicious, we've tried it! The Languedoc region, like Blanquette is a little understated when compared to other Mediterranean hotspots, yet it's fast becoming known as 'The Real South of France' and is not to be missed. Explore mountains, lakes, ancient chateaus, castles and thermal springs. Spend long sunny days driving through vineyards sampling Blanquette de Limoux and another local delicacy called les Zezettes de Sete - a tempting white wine biscuit. The French really do love their wines don't they?

If that's not temptation enough, we have some incredible offers available at two stunning villas in Sete.

Villas Frankie and Freya in Sete (both sleep 8 in ensuite bedrooms), offer a wonderful juxtaposition to the history and culture of the region - they are modern, architectural masterpieces. Selected weeks remaining at these villas this summer are on offer with a 20% discount - call us for more details.  Prices include the use of a private speed boat and there's a full watersports programme available - each villa also has it's own swimming pool.