Home > Inspiration > Around The World In Cocktails 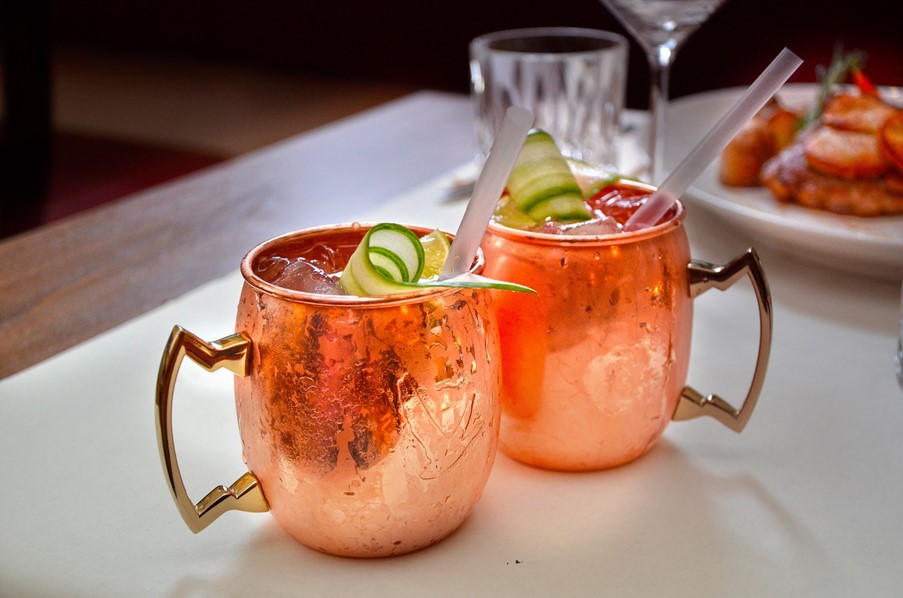 Notoriously sophisticated, suave and constantly evolving, the world of cocktails can inspire, relax and add a splash of fun to any drinks scenario. With a myriad of bizarre, longwinded and historical explanations of where the word and concept of the ‘cocktail’ originates from, spanning continents, different centuries and sources, the cocktail seems as hazy to decipher as one’s head can feel after three too many… Hence, we won’t start with the complex historical waffle but concentrate on what cocktail to have and where (and perhaps a dash of it’s own history for interest’s sake).

Bermuda: Dark ‘N Stormy. Causing some legal controversy this brooding cocktail has been fought over long and hard over by the Gosling family; who claim that their ancestor, Englishman James Gosling invented the drink and that to declare you are selling an actual Dark ‘N Stormy in any establishment means using only Gosling’s Black Seal Rum (and if you’re being a real perfectionist it should also use only Barritt’s Ginger Beer). This cocktail is one of the few cocktails that's trademarked! Don’t forget the wedge of lime to garnish and plenty of ice. 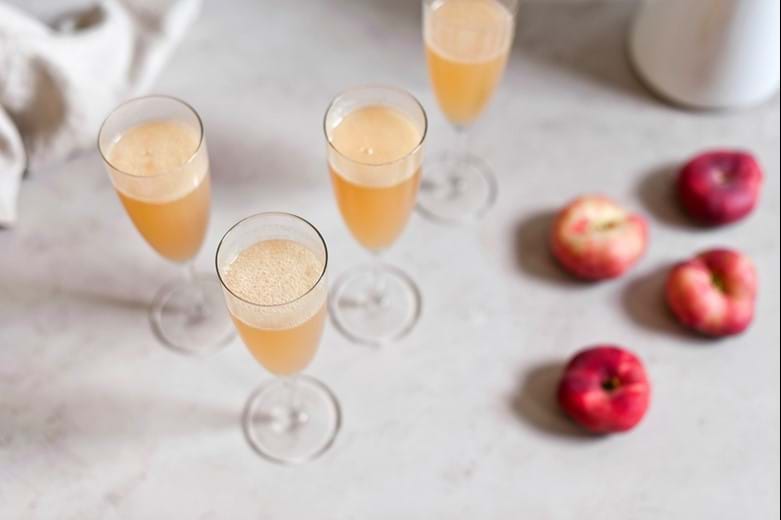 Italy: Bellini. One of these classical cocktails is the perfect early evening ‘pick me up’ after a day of sight seeing, perhaps on a terrace overlooking the Grand Canal or in one of the busy piazzas soaking up the hustle and bustle of Venice. Always in a champagne flute, Prosecco is poured over chilled peach puree, made from fresh peaches and sugar syrup. For the ultimate Bellini head to either Harry’s Bar, for the sake of posterity since the Bellini was invented at this establishment some time between 1934-1948 by Giuseppe Cipriani, or in the Bar Dandolo in Hotel Danielli for decadence and a central location in the city.

Maldives: Maldivian Lady. This cocktail has a definite tropical feel, and we think its impossible to conjure up a more suitable destination than a Maldivian sunset, toes in the white sand, palm trees swaying gently in the warm breeze and the water reflecting all the colours of sun as it settles beyond the horizon. In hand a cocktail expertly balancing fresh pineapple’s sweetness with citrus orange and the deep notes of rum and apricot brandy, all poured over refreshing crushed ice. 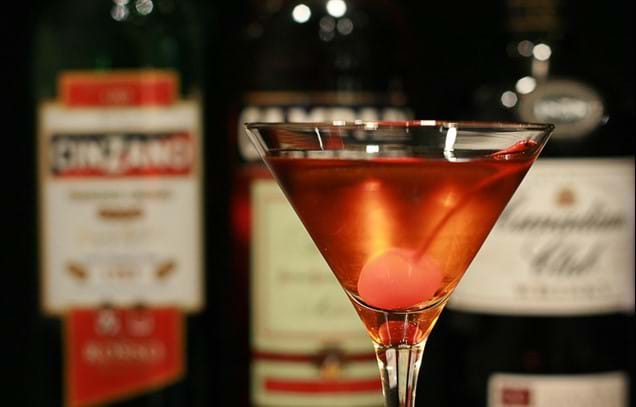 NYC: Manhattan. This quintessentially New Yorker cocktail stands the test of time as one of the most ordered and adored cocktails. With its three main ingredients consisting of whiskey, vermouth and angostura bitters, and a garnish of a maraschino cherry for added sweetness, it also has perplexing roots for discovering its origin. One such story goes that Lady Randolph Churchill hosted a party to celebrate the presidential candidate Samuel J. Tilden in the 1870’s at the famous Manhattan Club, where Dr. Iain Marshall started whipping up the drink; hence the name of the cocktail. However, she was also thought to have been in Europe and also pregnant (with Winston?!) at this time and therefore the story holds no strong weight. 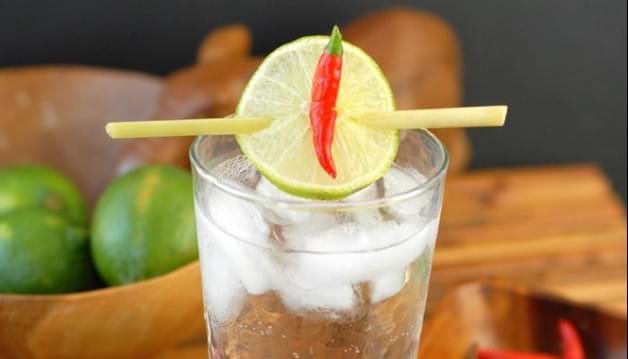 Thailand: Siam Sunray. Dubbed by Thai tourism officials as "Thailand in a glass", this cocktail might appear more like a shopping list for a beloved Thai curry than a cocktail but trust us when we say that, yes it packs a punch, but the aromas do work to conjure up an exotic Asian experience and it is truly refreshing. Stand out ingredients include Vodka, coconut liquor (hard to come by in the UK), Thai chilli pepper, ginger, Kaffir lime leaf and lemon grass, and now you see what we mean about the shopping list. But on the balcony of your private pavilion nestled within a coconut plantation on the beach of Phuket at Amanpuri, no other drink would fit the bill. 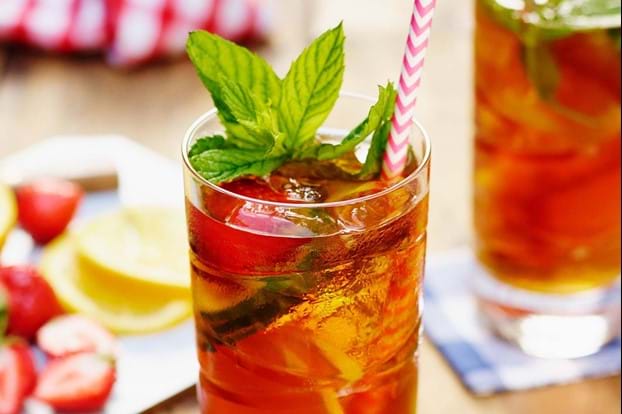 England: Pimms. Indeed, one of the true ‘ringers-in’ of the British summertime, the traditional and beloved Pimms needs little introduction. Owing it’s namesake to James Pimm, owner of a London oyster bar in the city selling a secret mix gin based tonic to aid digestion served in a tankard known as a “No. 1 Cup” in the early 19th century. Most commonly drunk at the celebrated British events of Wimbledon, Henley Regatta and Glyndebourne and summer garden parties. Still a closely guarded recipe, it is the additions that give it that summer time taste we all know and love: mint, cucumber and strawberries. There’s got to be a least two of your ‘five a day’ in one glass? Is it Pimms o’clock yet? 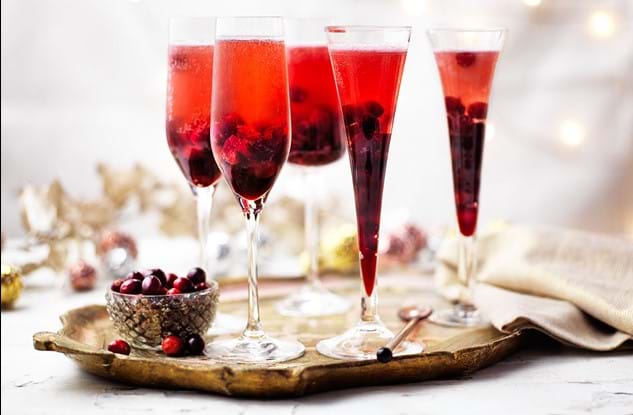 France: Kir Royale. For a French finale we should toast to the crisp and erudite Kir Royale. It is named after a hero of the French Resistance in the Second World War and later mayor of Dijon, Canon Felix Kir. He was passionate about local produce and invented the Kir with a local peasant white wine from the Burgundy grape and the local Crème de Cassis. The cassis gave the sour wine a needed sweetness, and for the royal touch he used Champagne for the Kir Royale in place of white wine. The Lejay Crème de Cassis is infused with the family’s secret ingredient "bourgeon de Cassis," or the buds of the cassis fruit. These buds are also the same found in Chanel No. 5!